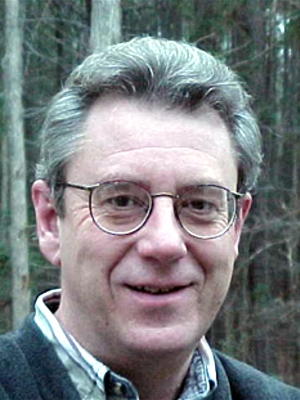 Arne L. Kalleberg studies the nature and consequences of work in comparative perspective. His current projects include an analysis of precarious work in Asia (Japan, South Korea, Indonesia), how changing work arrangements in the United States and Europe affect both work and non-work life (e.g., families), and the factors influencing the mobility of low-wage workers in the U.S.

Kalleberg's recent work examines the changing composition of jobs and job quality during the past 40 years in the United States, Europe and Asia. He has written extensively on the emergence of nonstandard work arrangements such as temporary, contract, and part-time work in the US and in European and Asian countries. His ASA (American Sociological Association) presidential address outlined the reasons behind the increasing precarity of work in the US and its impacts on insecurity among individuals, families, and communities.  His 2009 ASR article (which was a revision of his presidential address) recently received the Sage Publication's inaugural 10-Year Impact Award that recognized authors of the three articles published in Sage journals in 2009 that have been most cited over the following 10 years.  His 2011 award winning book, Good Jobs, Bad Jobs: The Rise of Polarized and Precarious Employment Systems in the United States, 1970s-2000s, elaborates on these themes and examines the growing polarization of jobs with regard to earnings as well as non-economic rewards such as the control people have over their work activities and their schedules, especially in balancing work and family. His most recent book (Precarious Lives: Job Insecurity and Well-Being in Rich Democracies, 2018, Polity Press) examines the role of labor market and social welfare institutions in mediating the impacts of precarious work on economic insecurity, family formation and the transition to adulthood and subjective wellbeing in six rich democracies (Denmark, Germany, Japan, Spain, the UK and US).

In collaborative work with Ted Mouw, he has examined the role of occupational structure in explaining the growth of wage inequality in the US since the early 1980s. An analysis of Current Population Survey data shows that the bulk of increase in wage inequality is due to differences between (rather than within) occupations, and that a large proportion of this occupational inequality can be explained by three occupational groups-managers, not elsewhere classified, secretaries and computer operators. An analysis of longitudinal PSID data shows that the majority of the increase in wage inequality for men in the US from 1977 to 2005 is due to differential rates of wage growth within firms as opposed to movement between firms. Mouw and Kalleberg are working on Russell Sage Foundation (RSF)-supported project "Stepping Stones and Ladders: The Sources of the Mobility of Low Wage Workers in the United States, 1996-2012." In this project, they are analyzing the role that occupation-related skills-and changes in the demand for those skills caused by long-term changes in the occupational structure and short-term labor demand shocks-play in explaining why some low-wage workers "move up" along occupation-based pathways or "ladders" while others are left behind. To answer these questions, they are linking longitudinal data on individual workers from four panels of the restricted access version of the Survey of Income and Program Participation (SIPP), and monthly-matched data from the Current Population Survey, to geographic information on changes in industrial and occupational employment from the Quarterly Workforce Indicators (QWI) and the Occupational Employment Statistics (OES).

In other work, Kalleberg co-authored a book (Precarious Asia: Global Capitalsim and Work in Japan, South Korea and Indonesia, Stanford University Press, 2022; with Kevin Hewison and Kwang-Yeong Shin) that examines the nature and politics of precarious work in these countries. He also recently co-edited (with David Howell) an issue of the Russell Sage Foundation journal on "Changing Job Quality, " as well as wrote a paper showing the impacts of labor market and social welfare institutions on well-being using data from two waves of the relationship between job insecurity and subjective well-being two waves of the European Social Surveys.