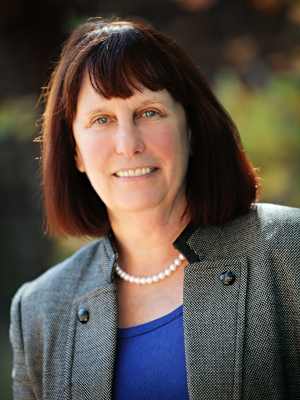 Barbara Entwisle focuses on social, natural, and built environments in relation to demographic and health outcomes. Her current research examines migration processes in relation to the life course, household dyamics, and community contexts in the US, Southern Africa, and Northeastern Thailand.

Barbara Entwisle is Kenan Distinguished Professor of Sociology and Fellow of the Carolina Population Center (CPC). She also holds adjunct and affiliate faculty positions in Geography and the Environment, Energy, and Ecology Program. Her research contributions have been recognized by her election as President of the Sociological Research Association (2015), President of the Population Association of America (2007), and Fellow of the AAAS (2003).  Between August 2010 and June 2016, she served as Vice Chancellor for Research at UNC-Chapel Hill, leading a campus-wide research program with nearly $1billion in annual research expenditures; overseeing 10 research development, support, and compliance offices, and responsible for 15 pan-university research centers and institutes, including the CPC. Prior to her service as Vice Chancellor, from 2002 to 2010, Dr. Entwisle was CPC's Director and Training Director.

Since returning to the full-time faculty in 2016, Dr. Entwisle renewed her interests in population-environment interactions, leveraging data and tools assembled as part of the Nang Rong (Thailand) project to carry out innovative research on climate change and migration. A paper based on this work, recently published in the American Journal of Sociology, shows the importance of considering return as well as out-migration as potential responses to climate change. She has also launched several new projects. One is an NSF-funded project investigating migration in the context of energy poverty challenges in Southern Africa. A paper demonstrating the importance of changes in household size and composition for household fuel use in rural Zambia was recently published in Population and Environment. Still another project is a study of life course events and statuses and their consequences for the mobility and immobility of young adults in the US. A first paper from this project was published in Social Forces, and a second, more theoretically innovative paper will be submitted soon. Finally, in collaboration with colleagues at the US Census Bureau and in UNC's School of Medicine, Dr. Entwisle is engaged in methodological studies of linkages between electronic health records and microcensus data.  A paper describing initial work was published in the American Journal of Public Health.

Over her career, Dr. Entwisle has led the development of and early application of new methodological tools, including statistical methods for estimating multilevel models, the integration of social and spatial data, and the development of spatially explicit agent-based modeling approaches. She has contributed to the design of innovative surveys around the world, including the National Longitudinal Study of Adolescent to Adult Health (Add Health), the China Health and Nutrition Survey, the Russia Longitudinal Monitoring Survey, and the Nang Rong (Thailand) Surveys of Social and Demographic Change. Between 2005 and 2013, she was PI for the North Carolina components of the National Children's Study (NCS).

Dr. Entwisle is an engaged mentor with a track record of successfully preparing predocs and postdocs for research careers. To date, she has supervised 17 PhD students to completion and served as advisor for 9 postdoctoral scholars. Her former advisees have gone on to tenure-track appointments at major R1 universities (e.g., Washington-Seattle, Brown, Ohio State, Penn State, Maryland, Arizona). Dr. Entwisle has received an NIH MENTOR award, a UNC Outstanding Postdoc Mentor Award, a UNC Distinguished Teaching Award for Post-Baccalaureate Instruction, and six awards for teaching and mentoring from the graduate students in her home department of sociology, the most recent in 2019.

In addition to her research, teaching, and mentoring activities, Dr. Entwisle has led advisory and review panels for the National Academy of Sciences, Engineering, and Medicine (NASEM), NSF, and NIH and engaged in policy discussions of the future of social and behavioral research in those venues as well as in her role as chair of the Board of Directors for the Association for the Accreditation of Human Research Protection Programs (AAHRPP) and at-large member of the Consortium for Social Science Associations (COSSA). Dr. Entwisle serves as Series Editor for Sage's Quantitative Applications in Social Science.