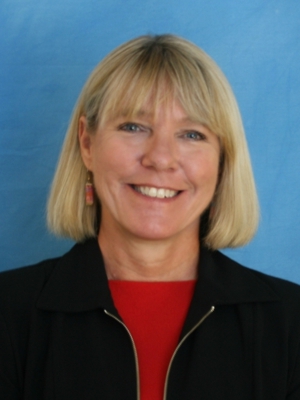 Carolyn T Halpern is a developmental psychologist; her research aims to improve understanding of healthy sexual development and the implications of adolescent experiences for developmental and demographic processes into adulthood. Much of her work focuses on the National Longitudinal Study of Adolescent to Adult Health (Add Health), for which she served as Deputy Director from 2006-2020. She is co-PI of the NICHD/NIMHD-funded study, “Sexual Orientation/Gender Identity, Socioeconomic Status, and Health across the Life Course,” that is collecting new economic and developmental data from sexual and gender minorities in the Add Health cohort.

A developmental psychologist, Halpern aims to improve understanding of healthy sexual development and the implications of adolescent experiences for developmental and demographic processes into adulthood. Halpern has more than 30 years of research experience in the study of adolescent and young adult sexuality and reproductive health in both US and global settings, and more than 160 peer-reviewed publications on these topics. Halpern is the co-PI of a five-year NICHD/NIMHD-funded project ("Sexual Orientation/Gender Identity, Socioeconomic Status, and Health Across the Life Course") that obtained new interview data for sexual and gender minorities (and a matched comparison sample of cisgender heterosexuals) in the Add Health sample. The project captures information about sexual and gender identity development milestones and wealth accumulation. Despite the importance of SES to health, knowledge about factors that pattern resources and strains across sexual and gender minority groups is incomplete, largely because of the absence of appropriate and high quality data. This project will provide unique information about minorities who have been followed for more than 20 years, from adolescence into adulthood, and who were not originally selected into Add Health based on sexual orientation, gender identity, or gender expression. The project will test hypotheses derived from Minority Stress Theory to understand the implications of developmental and socioeconomic factors for mental health.

Halpern is also the PI of the CDC-funded project " Patterns of Intimate Partner Violence from Adolescence into Adulthood among sexual minorities and heterosexuals," which is one of the research projects included in UNC's Injury Prevention Research Center grant " Injury Prevention and Control Research and State and Community Based Programs" (Center Grant PI: Steve Marshall). This project investigates longitudinal patterns of intimate partner violence among the sexual and gender minorites in the Add Health Sample and their similarities and differences compared with the experiences of cisgender heterosexuals.

Halpern's work often integrates observable and unobservable biological factors with psychosocial variables in longitudinal analysis. Her publications have examined predictors of sexual initiation patterns for diverse population segments, as well as their health consequences in adulthood (e.g., STIs, relationship quality). For example, Halpern and her research team examined the timing of sexual experiences among populations with physical disabilities in the United States from adolescence into early adulthood, and how initiation timing varies by biological sex, race/ethnicity, and sexual orientation. They find that, in contrast to past unfounded assumptions, populations with disabilities start having sex at similar ages to their peers without disabilities, indicating their need for timely and accurate sexuality education. This evidence supports and informs practice and policies focused on age- and developmentally appropriate sex education for populations with disabilities.

Halpern is also a co-investigator on a project based in sub-Saharan Africa that is investigating the effect of poverty, stress and immune function on health during the life course. She served as Deputy Director for the Waves IV and V Add Health Program Projects, and led the "Precursors of Chronic Disease" subproject in Add Health Wave V. This project integrated multilevel longitudinal data to test three life course models of chronic disease emergence within the Developmental Origins of Health and Disease (DOHaD) paradigm, including the Fetal Origins/Infant Model, the Cumulative Growth Model, and an interactional Pathways Model.