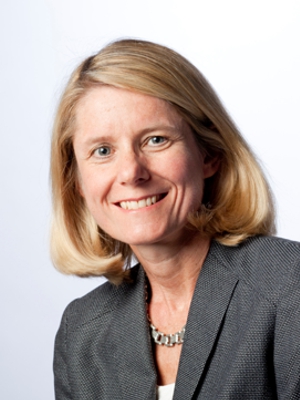 My work focuses on how individuals and families respond to unexpected changes and how government programs and policies can help them adapt. Much of my research is about Indonesia before and after the 2004 Indian Ocean tsunami. I draw on household and community survey data that my colleagues and I have collected over the past 15 years, in combination with high resolution satellite imagery, to investigate how the disaster and subsequent recovery affect health and well-being at the population level.

Dr. Frankenberg's research focuses on individual and family response to change across the life course and the role of community, broadly construed, in individual behaviors and outcomes. In addition to these substantive interests, two cross-cutting themes are inherent in her research: health status as a critical dimension of well-being and the close integration of methods and data. She has invested heavily in developing and implementing innovative and ambitious designs for data collection to support her own research and that of the scientific and policy communities more broadly. These investments center on three projects: the Study of the Tsunami Aftermath and Recovery (STAR), the Indonesia Family Life Survey (IFLS), and the Worker Iron Status Evaluation (WISE). The STAR project, which assesses the social, economic, demographic, and health impacts of the December 26, 2004 earthquake and tsunami in Indonesia, has been hailed as the strongest large-scale study ever done to measure population-level response to a disaster over a long period of time.

Much of Frankenberg's recent work focuses on understanding how survival and physical and psychosocial health evolve after exposure to large-scale shocks, using data from the STAR surveys. Her research shows that socioeconomic status offered little protection from the immediate impacts of the tsunami with respect to mortality and mental health. With respect to mortality at the time of the tsunami, older adults are far more vulnerable than younger adults. Over the next decade, evidence of positive mortality selection emerges, but at the same time some traumatic exposures measured at the individual level strongly increase the risk of death for older individuals. Starting with the Indonesia Family Life Survey (1997), Frankenberg and colleagues have pioneered integration of biomarkers into data collection efforts in Indonesia. Recent work traces the impact of the 2004 tsunami on cardiometabolic health markers of adults thirteen years after the event.

Other work addresses family formation and mobility after an extreme event. Frankenberg and colleagues shows that after the tsunami, there was a strong fertility response among women from tsunami-affected communities, not just for women who lost children, but also among women who had not yet had children. This component of population rebuilding was accompanied by migration as well, first out of, but then back into heavily damaged areas.

An important component of understanding demographic change and population dynamics is measuring contextual features and how they change. Frankenberg has designed the innovative Community-Facility surveys for STAR and other surveys in Indonesia, and has developed methods for incorporating measures of damage and recovery of both the built and natural environment into household survey data. Recent research applies machine learning to high-resolution imagery to measure destruction and reconstruction associated with the tsunami.

Dr. Frankenberg has played a central role in the population research community. Her work intersects with scholars across a number of disciplines, including demography, sociology, economics, geography, and public health. She has served in various leadership roles in the Population Association of America and was elected to the Board of Directors, the Publications Committee, and to serve as Vice-President. She has also served as a study section member on the Population Sciences Subcommittee at NICHD and is in her second stint on the Editorial Board of Demography.

Impacts of exposure to shocks on health over the life course