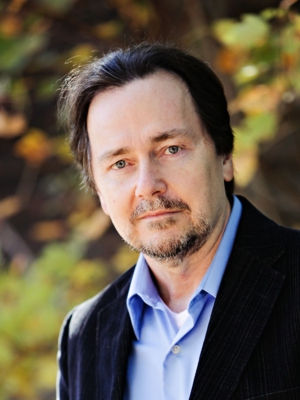 Ken Bollen develops new quantitative methods to apply to the population and social/behavioral sciences. These include new models to analyze longitudinal data, creative approaches to analyze difficult to measure concepts, and developing estimators that have greater robustness to the approximate nature of our models. Population studies, health, and trauma are the contexts within which he develops these methods while also addressing practical substantive questions.

Ken Bollen's research focuses on creating new statistical tools that have application across a wide range of population areas. Many of these tools are developed within the field of latent variable structural equation models (SEMs). SEMs formulate systems of equations, allow multiple "dependent" variables with mediation effects, and take account of the measurement error commonly found in population related variables. Collaborating with a number of CPC fellows, postdocs, and graduate trainees, Bollen has applied SEMs to topics such as evaluating the use of birth weight, gestational age, and birth length as measures of a mother's fetal conditions, assessing the measurement properties of self rated health and depression measures, evaluating the quality of physiological measures from surveys, and analyzing the effects of SES on fertility. Many of these projects have utilized CPC based data such as those from Add Health and the Cebu Longitudinal Health and Nutrition Survey.

Part of Bollen's research develops and evaluates indicators of difficult to measure concepts. For instance, Bollen and colleagues have completed research on the relative quality of birth weight, gestational age, and birth length as measures of favorable fetal conditions for mothers in the Philippines and in North Carolina. Bollen also is engaged in such work with the Wave V data from Add Health. Other research assesses the quality of self reported health measures, also from Add Health.

Inventing new models for longitudinal (panel) data is another methodological research topic. Bollen and coworkers developed the Autoregressive Latent Trajectory (ALT) models that encompass most other popular longitudinal models (e.g., autoregressive, growth curve, fixed effects models) as special cases. ALT models provide researchers an empirical means to help determine the best model for their longitudinal data rather than uncritically applying traditional models. As an example, Bollen and colleagues are using the ALT model to analyze the over time trajectory of self reported health.

Over the last 20 years, Bollen also has established a new approach to latent variable modeling using Model Implied Instrumental Variables (MIIVs). The MIIV approach is based on a more realistic set of assumptions that recognizes the errors that usually occur when researchers formulate models. This means that if an equation has omitted variables or omitted correlated errors, these are less likely to impact the estimates of correctly specified equations compared to other estimators. Furthermore, Bollen and his collaborators have derived the conditions under which researchers can expect robustness to hold or fail and they have proposed empirical diagnostics to detect such problems.

Bollen is applying the MIIV approach to intensive time series data such as physiological measures and other subjective data available at frequent intervals. The MIIV approach provides a robust and less computationally intense approach to such data. In addition, exploratory latent variable MIIV methods are being developed for those situations where part of the task is to discover the relationship between variables.

Measurement is another area in which Bollen is inventing alternative methodologies. Specifically, he is developing nontraditional measurement models where the indicator influences the concept ("causal indicators") contrary to the dominant assumption that the indicator depends on the concept ("reflective indicators"). As part of this research he has created theoretical guidelines and empirical diagnostic tests to help researchers determine the type of indicator. These have applications to many population fields ranging from the measurement of socioeconomic status to the relationship between physiological and subjective measures of health.