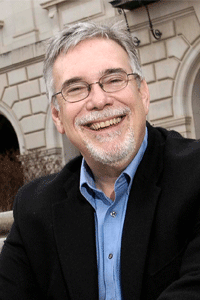 On September 10, 2021, Mark Hayward, Professor of Sociology and the director of the Population Health Initiative at the University of Texas at Austin, will present as part of the Carolina Population Center’s 2021-2022 Interdisciplinary Research Seminar Series.

Dr. Hayward also serves as the Training Director of the Population Research Center. He recently served as the the president of the Southern Demographic Association, chair of the Aging and Life Course section of the American Sociological Association, and is the chair of the Sociology of Population section of the ASA. He has served on the boards of the Population Association of America and the Society of Biodemography and Social Biology, and he was a member and then chair of the Inter-University Consortium for Political and Social Research council. Currently, he is a member of the Committee on Population, National Academy of Sciences, and the Board of Scientific Counselors at the National Center for Health Statistics. He recently served on the National Advisory Committee for the Robert Wood Johnson Foundation’s Health and Society Scholars Program. Hayward received his Ph.D. in sociology from Indiana University in 1981.

His primary research addresses how life course exposures and events influence the morbidity and mortality experiences of the adult population. Recent studies have clarified how early life conditions influence socioeconomic, race and gender disparities in adult morbidity and mortality; the demography of race/ethnic and gender disparities in healthy life expectancy; social inequality in the biomarkers of aging, and the health consequences of marriage, divorce, and widowhood. Most recently, he has been investigating the fundamental inequalities in adult mortality in the United States arising from educational experience, differences in these associations by race and gender, and trends in inequality in mortality. Currently, he is part of a national scientific team examining the role of federal and state policies shaping the growing inequality in life chances in the US adult population. His research on these topics has been by the National Institute on Aging and the Eunice Kennedy Shriver National Institute on Child Health and Human Development. His recently published work has appeared in the American Journal of Public Health, Demography, the Journals of Gerontology: Social Sciences, the Journal of Health and Social Behavior, and Social Science and Medicine.

Objectives: Today’s talk is motivated by recent evidence that dementia prevalence has been declining in the United States. Less clear, however, is whether important sociodemographic groups diverged or perhaps contributed in different ways to the overall national trend. For example, is the downward trend in dementia prevalence evident across the age range (young old compared to the oldest old)? Do Blacks and Whites both experience downward trends in dementia prevalence? Have changes in educational attainment, as well as other changes in modifiable risk factors for dementia (such as changes in poor childhood circumstances, health behaviors, and health conditions), had widespread consequences across major race–age groups

Methods: The Health and Retirement Study (HRS) is used to assess dementia prevalence changes for non-Hispanic Blacks and Whites between 2000-2014 for community dwelling and nursing home residents aged 65 years and older. Cognitive status has been validated using clinical diagnoses and survey scores of a subsample of HRS respondents. The analysis of the dementia prevalence trends is based on logistic regression models predicting the log odds of having dementia as a function of a time-trend variable and a set of relevant covariates.

Results: Consistent with other studies, we found significant declines in dementia for Blacks and Whites across the 2000-2014 period. Nonetheless, these declines were not uniform across age and race groups. Blacks aged 65–74 years had the steepest decline in this period. We also found that improved educational attainment in the population was fundamentally important in understanding declining dementia prevalence in the United States.

Discussion: This study shows the importance of improvement in educational attainment in the early part of the twentieth century to understand the downward trend in dementia prevalence in the United States from 2000 to 2014. The downward trend was unrelated to dementia risk

factors such as controlled hypertension, changes in health behaviors, or changes in early life conditions. This finding has implications not only for understanding current trends in the United States, but also the potential role of the growth in cognitive ability and functioning in other countries that underwent similar rapid expansions in schooling.

We record as many seminars as possible. You can see previous events here.