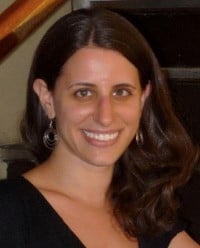 On March 5 2021, Michal Engelman, an Associate Professor of Sociology at the University of Wisconsin-Madison, will present “Deaths, Disparities, and Cumulative (Dis)Advantage: How Social Inequities shape an Impairment Paradox in Later Life” as part of the Carolina Population Center’s 2020-21 Interdisciplinary Research Seminar Series. This year, the CPC Interdisciplinary Research Seminars will be open to both CPC members and Social Epidemiology program members.

Research on health across the life course consistently documents widening racial and socioeconomic disparities from childhood through adulthood, followed by stabilization, convergence,or cross-overs in later life. This pattern appears to contradict expectations informed by cumulative(dis)advantage theory, but may be a function of differential mortality risks earlier in the life course. Using the Health and Retirement Study, we characterize the functional impairment histories of a nationally-representative sample of 8,464 older adults between 1992-2016. Employing non-parametric analyses and discrete outcome multinomial logistic regressions, we examine how midlife health and social position influence subsequent health change, mortality and attrition at older ages. Exposures to disadvantages earlier in the life course are strongly associated with poorer functional health in midlife and with mortality. However, a higher number of functional limitations in midlife is negatively associated with the accumulation of subsequent limitations for white men and women and for Black women, but not Black men. The impact of social exposures such as educational attainment and marriage on later life health also differs across race and gender groups. The apparent convergence in later-life functional impairment across groups defined by race, gender, and socioeconomic status emerges from the impact of social and health inequities on earlier mortality. Higher exposure to disadvantages and a lower protective impact of advantageous exposures lead to higher mortality among Black Americans, a pattern which in turn masks persistent health inequities later in life.

Engelman is a demographer and gerontologist studying the dynamics of population aging and the determinants of longevity and well-being at older ages. Her work examines trajectories of health throughout the life course and their connection with changing aggregate patterns of mortality and morbidity over time. She is currently analyzing the implications of historical population change for contemporary health inequalities and developing a conceptual framework linking demographic and clinical notions of frailty and resilience with the sociological concept of cumulative disadvantage.

This event will be held on Zoom. You can register here. We will post a recording after the talk. You can see previous events here.