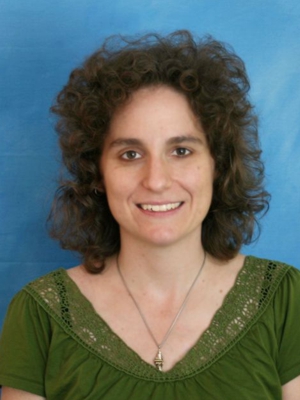 Michele Rivkin-Fish is writing a history of efforts to replace the routine use of abortion with contraceptives, from the Soviet 1960s to the present in Russia. This study reveals how changing strategies to decrease abortion use reflect broader changes in the social, political, institutional, and professional arrangements of Russian society.

Rivkin-Fish is a cultural and medical anthropologist interested in gender, health, and the cultural analysis of population policies. She is currently writing a monograph, "Unmaking Russia's Abortion Culture: Family Planning and the Search for a Liberal Biopolitics." This book details the history of abortion and contraceptive politics from the late 1960s in the Soviet Union through the present in Russia.

Since Nikita Khrushchev legalized abortion in 1955, the Soviet and Russian governments have undertaken continual campaigns to "fight abortion." Legalization had aimed to reduce the high level of maternity mortality caused by underground abortions, but the Soviet regime was firmly pronatalist and promoted childbearing, rather than contraceptive use and the rationalized planning of families. Following the collapse of the Soviet Union, many Russians recast the high rates of abortion as a problematic symbol of the discredited socialist regime. Conservative politicians and Church leaders, moreover, interpreted the country's severely declining fertility as a dangerous sign of the social and economic dangers wrought by Westernization. In the name of national demographic and spiritual renewal, these conservative activists inaugurated a political campaign to restrict abortion access. A vibrant political debate has emerged over abortion politics in contemporary Russia. Yet unlike the debate in the West, Russian abortion politics are embedded in the tensions over demographic anxieties, contestations over societal history and ethics, and struggles to define gender, family values, and the rights and responsibilities of citizenship in the aftermath of socialism. Rivkin-Fish's book examines the changing strategies of democratically-minded experts and grassroots activists who have promoted alternatives to abortion while protecting legal abortion access, from the late 1960s to the present. Specifically, the book examines three forms of expert and lay activity: 1)the efforts of demographers and health experts to educate the public on contraceptive use as an alternative to abortion in a context dominated by concerns over family planning's role in reducing the birth rate. 2) The efforts of family planning supporters to associate contraceptives with family values and responsible parenthood, as a defense against claims that contraception threatens Russia's demographic and national security. 3) A new set of campaigns to protect abortion access and contraceptive services, based on both culturally resonant rhetorical forms and more global frameworks of women's reproductive "rights." Finally, Rivkin-Fish explores Russian women's own changing perspectives on abortion and family formation in the context of the vast social, economic, and political transformations occurring in the end of the 20th and first decades of the 21st centuries.

Rivkin-Fish will complete this book project and develop a comparative study related to abortion politics in Russia and the United States.